Most residents of SJRP participate in twice-weekly equine therapy for drug addiction or to help with alcoholism. Sessions with Dr. Ashley Thompson of Thompson Therapy take place periodically throughout the week. In fact, while it can sometimes be challenging to find a way to motivate adults to remain active and involved in the substance abuse treatment programs provided at SJRP, residents tend to jump at the idea of participation in the equine therapy program each week. There’s something almost magical about the experience that takes place between a client and their horse during an equine therapy session. Many clients come back from therapy feeling more confident, less stressed, and ready to tackle the next big task in their recovery.

The Role of Horses in Addiction Treatment

Horses play a vital role in recovery from addiction to drugs or alcohol. They are keen to sensitivity and quickly react to a person’s mood. A depressed client can instantly see the role their attitude or mood plays in their interaction between themselves and the horse and the adaptations that the horse makes to his behavior as a result. Even a client that comes to equine therapy for drug addiction in what appears to be a “good” mood externally may find that their horse reacts differently and recognizes the deep inner emotions that the individual may not even intentionally share with the group. Interactions between the client and the horse give way to some of these deep emotions and represent a key opportunity for clients to drop their guard, establish trust in themselves and in their horse, and work closely with their therapist on emotions that may not have otherwise surfaced outside of equine therapy.

Our intake team is ready to help you overcome addiction.
(833) 397-3422
What Can I Expect When I Call?
See Insurances We Accept
Take a Virtual Tour

Horses have a positive impact on clients. Most residents of SJRP report overall gains in emotional wellness and stability resulting from their time in equine therapy. While the therapy varies daily, overall goals in equine therapy often focus on building trust, representing boundaries, improving communication and mastering new skills. Clients enjoy some time outside of the treatment center and horses gain some beneficial interaction out of the deal too – it’s a win/win for SJRP residents and the horses at Thompson Therapy.

Thompson Therapy’s Recovery Model is all about sinking in. Taking the time to truly connect on a deeper and more authentic level requires a relaxing of the ego, and allowing ourselves to settle into a more present moment awareness.

The process of recovery is one of dismemberment for the sake of remembering. It is a journey towards discovering one’s wholeness.

A deep engagement with horses can support this journey towards remembering our wholeness by providing the awesome experience of acceptance, connection, and union.

All in a days work

The Recovery Model is an intensive equine interaction that is carefully crafted to guide clients through an embodied and conscious experience of key concepts such as leadership, creating healthy boundaries, and the development of situational awareness.

Operating within the tenants and philosophies of Natural Horsemanship, all of the methods used to interact with the horses are gentle, and designed to help clients develop a strong sense of empathy, compassion, and love.

Paired with the same equine partner from beginning to end, SJRP clients are afforded the opportunity to find a rhythm with their horse, and hopefully, even have that ever sought after experience of Oneness, or what horsemen and horsewomen often call “Joining Up.”

Even if only for a day, clients in recovery can come closer to a felt sense of Peace, Connection, and Partnership, with the help of horses. . . that is a good day’s work. 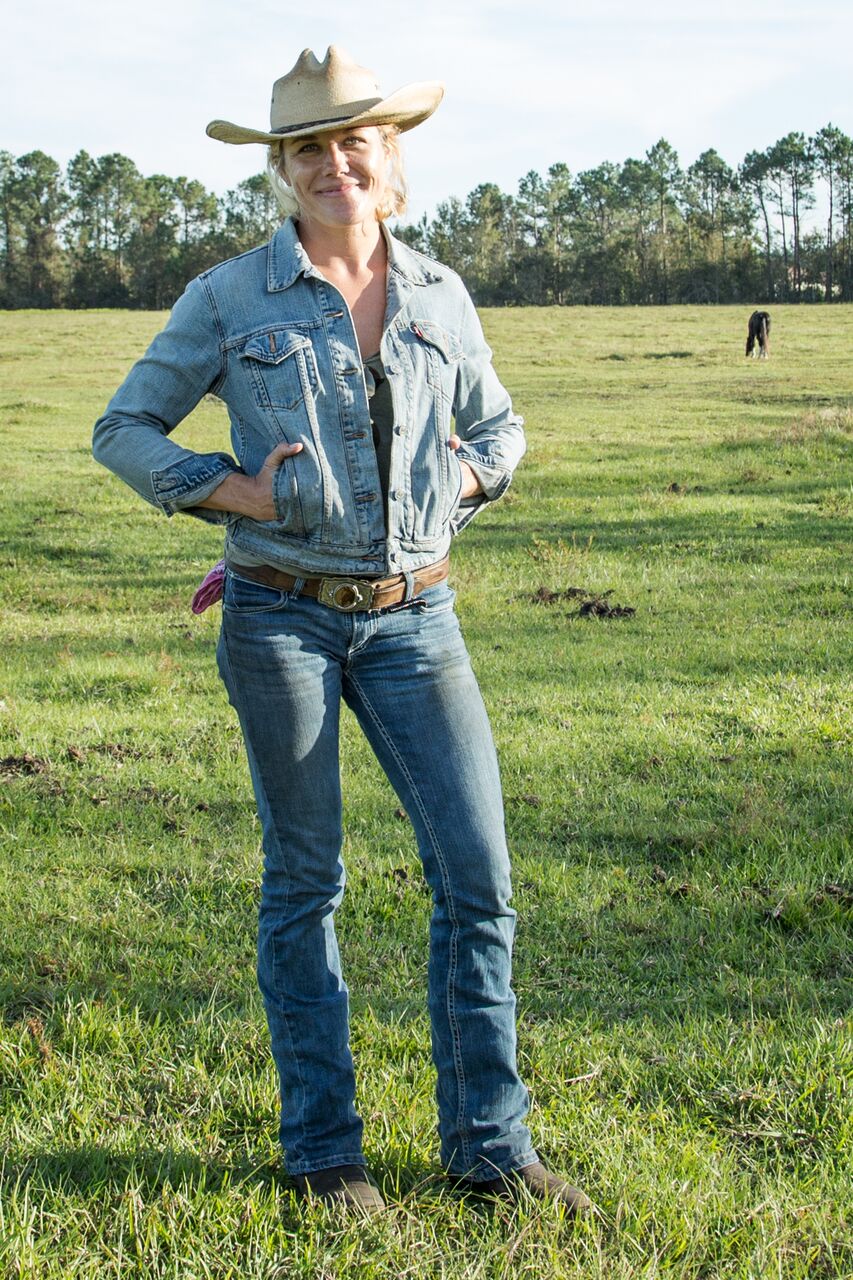 Like many little girls, I was obsessed with the idea of owning my own horse and riding off into some unknown wilderness beyond my neighborhood. I would pour over horse books, tote my little sister around on my back as if I were a horse, and my mother would book the occasional birthday trail ride for me and a few lucky friends. But that was about the extent of my equine experience.

Fast forward through a horse-less life, all the way to my first year of graduate studies at Pacifica Graduate Institute in Santa Barbara, California. I had made a huge leap of faith and began a graduate program in Depth Psychology. It was a commuter program, so my cohort mates, and myself from St. Augustine, would fly in from all around the country. We stayed on campus, which was an old monastery tucked away in the Santa Barbara hills.

I was not yet halfway through my first year of studies when it began. One night I started having the most intense and vivid dreams about horses. Every night they would come; leaving me to fixate on their meaning and reason for overwhelming my dreams. This went on for months. It was a relentless, and disruptive phenomena. Finally, when I realized the horses were not going away, I decided to go and find them in my waking world.

I began working at a small barn in Hastings, Florida, mucking stalls in exchange for learning about the horse and riding time. My studies in Depth Psychology began to weave themselves into my experiences with the horses, and the two threads braided themselves together into what I can only describe as my Vocation, my calling. My doctoral work revolved around the horse-human relationship from a Depth Psychological perspective.

Depth Psychology teaches us that we must listen to, and tend to the unconscious psyche. For it is within our unconscious minds that our deepest desires, and our most treasured ideas of who we really are, reside and lay in wait for us to claim. My personal journey with the horse was what I needed to heal old wounds, and to realize my greater Self.

I love what I do and I love witnessing the awesome transformation that horses inspire in those that are willing to step into the engagement.

We treat a wide range of addiction and behavioral health conditions including dual diagnosis, drug addiction and alcoholism. We are here for you 24 hours a day, 7 days a week.